“An increasing number of home buyers impacted by demand-side policies over the past three years, including the 2017 Ontario Fair Housing Plan and the OSFI mortgage stress test, have moved back into the market for ownership housing. Based on affordability and stricter mortgage qualification standards, many buyers may have likely adjusted their preferences, changing the type and/or location of home they ultimately chose to purchase,” said Mr. Collins.

“The Greater Toronto Area needs flexible housing market policies that will help sustain balanced market conditions over the long term. All levels of government in Canada plus reputable international bodies have acknowledged that we have a housing supply problem. In 2020, policy makers need to translate their acknowledgment of supply issues into concrete solutions to bring a greater array of ownership and rental housing online. As always, TREB will be there to help policy makers in this regard,” said TREB CEO, John DiMichele.

As market conditions continued to tighten in November 2019, with increased sales up against an increasingly constrained supply of listings, the annual rate of price growth continued to accelerate. The MLS® Home Price Index Composite Benchmark increased by 6.8 per cent year-over-year. The average selling price increased by 7.1 per cent year- over-year to $843,637. Both the MLS® HPI and the average selling price for the TREB market area as a whole experienced the strongest annual rates of price growth for the year in November.

“Strong population growth in the GTA coupled with declining negotiated mortgage rates resulted in sales accounting for a greater share of listings in November and throughout the second half of 2019. Increased competition between buyers has resulted in an acceleration in price growth. Expect the rate of price growth to increase further if we see no relief on the listings supply front,” said Jason Mercer, TREB’s Chief Market Analyst. 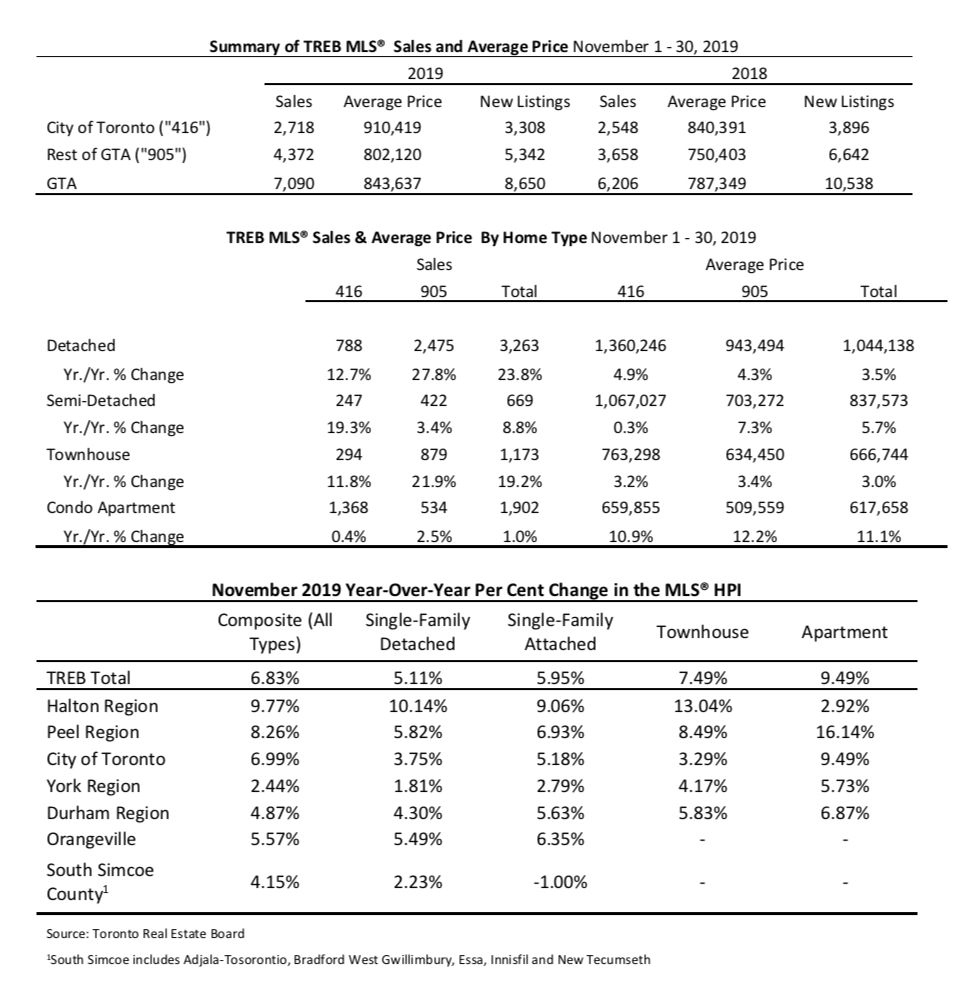 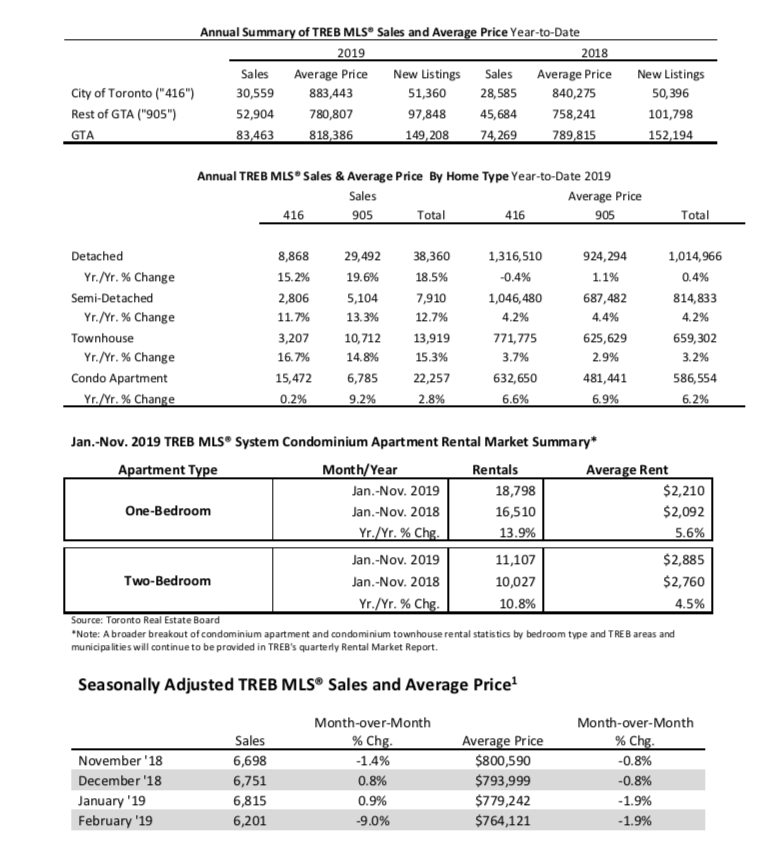