“The OSFI mandated mortgage stress test has left some buyers on the sidelines who have struggled to qualify for the type of home they want to buy. The stress test should be reviewed and consideration should be given to bringing back 30 year amortizations for federally insured mortgages. There is a federal budget and election on the horizon. It will be interesting to see what policy measures are announced to help with home ownership affordability,” said Mr. Bhaura.

“Home sales reported through TREB’s MLS® System have a substantial impact on the Canadian economy. A study conducted by Altus for TREB found that, on average, each home sale reported through TREB resulted in $68,000 in spin-off expenditures accruing to the economy. With sales substantially lower than the 2016 record peak over the last two years, we have experienced a hit to the economy in the billions of dollars, in the GTA alone. This hit has also translated into lower government revenues and, if sustained, could impact the employment picture as well,” said Jason Mercer, TREB’s Director of Market Analysis and Service Channels.

The rental market continued to operate in a high demand, low inventory environment during the first two months of 2019. Strong competition between renters resulted in average rents for one- bedroom and two-bedroom apartments leased through TREB’s MLS® System increasing well- above the rate of inflation on a year-over-year basis for the January-February period. The average one-bedroom rent was up by 8.1 per cent to $2,145. The average two-bedroom rent was up by 7.4 per cent to $2,810.

“With vacancy rates hovering in the one per cent range and average rents increasing in the high single digits, it is clear that signing a lease for a rental unit is not an easy proposition in the GTA. While some rent control provisions have been relaxed by the new provincial government, policy makers need to look at further initiatives to encourage rather than discourage investment in rental apartments. A recent Ipsos survey conducted for TREB found that almost one-quarter of investment property owners are very likely to list their property for sale this year, which is concerning in an already tight rental market,” said TREB CEO John DiMichele. 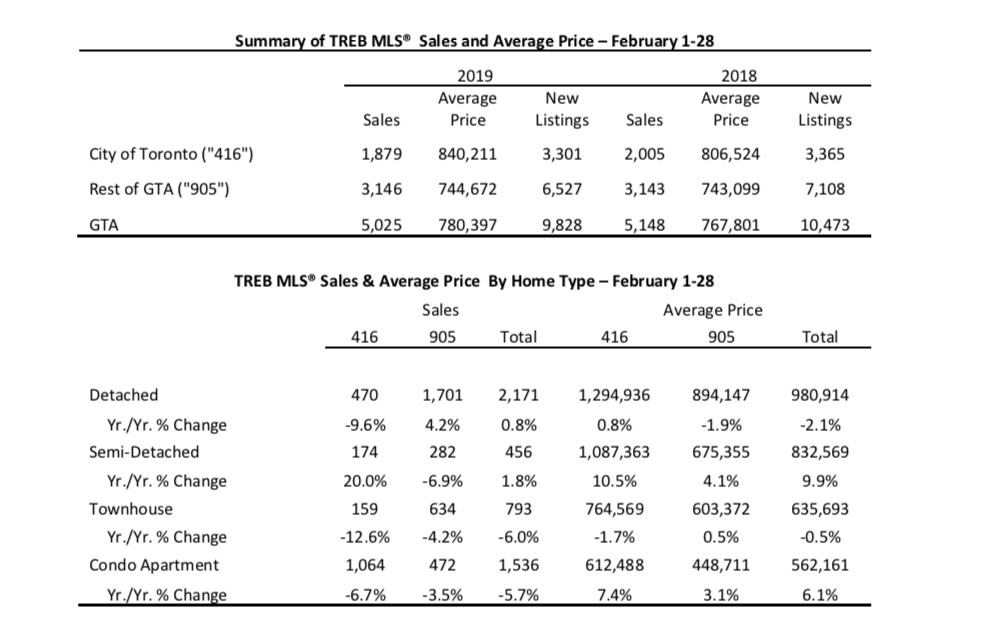 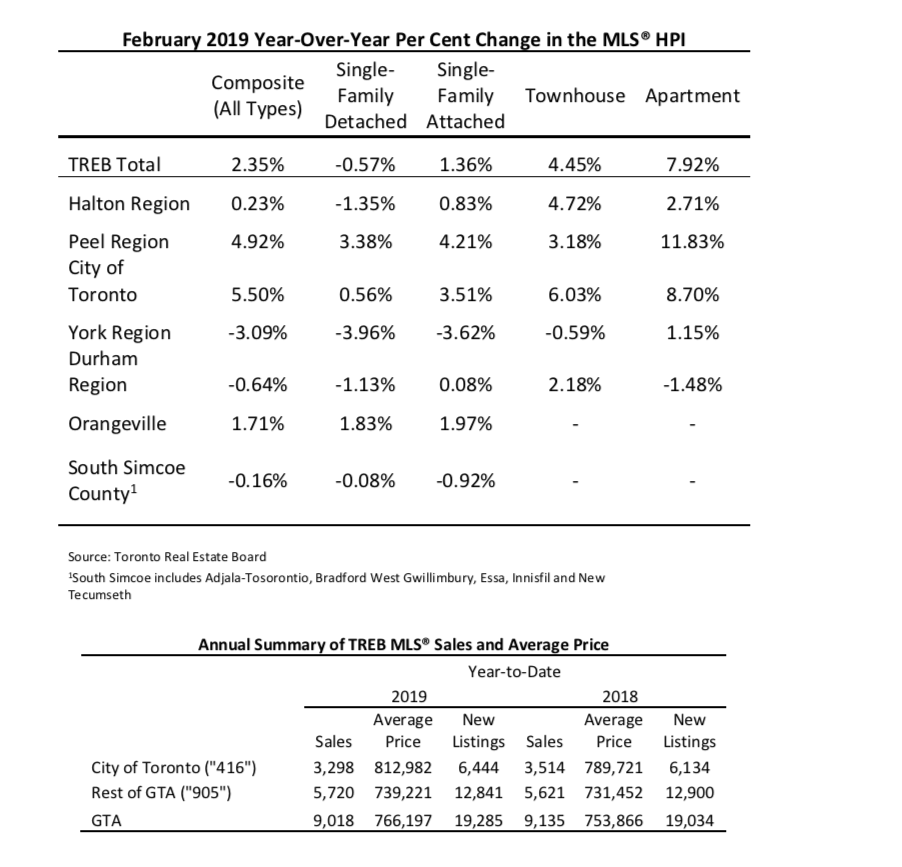 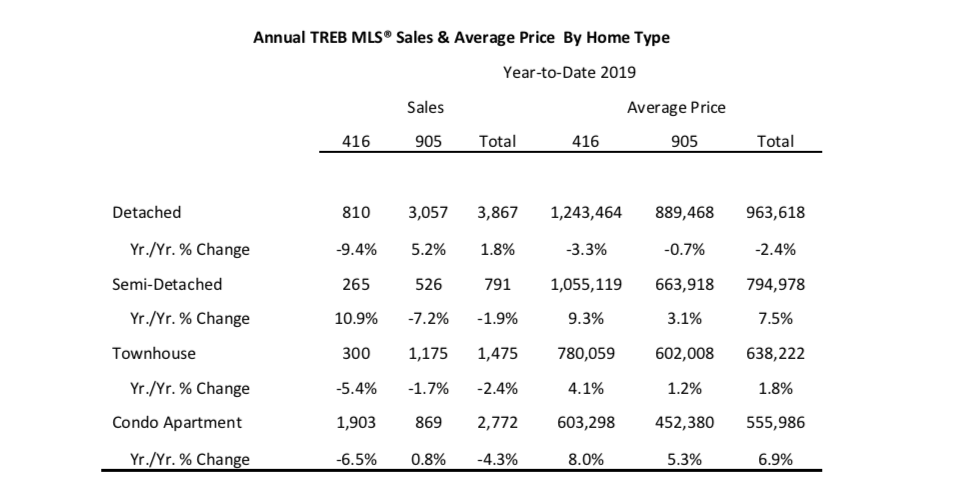 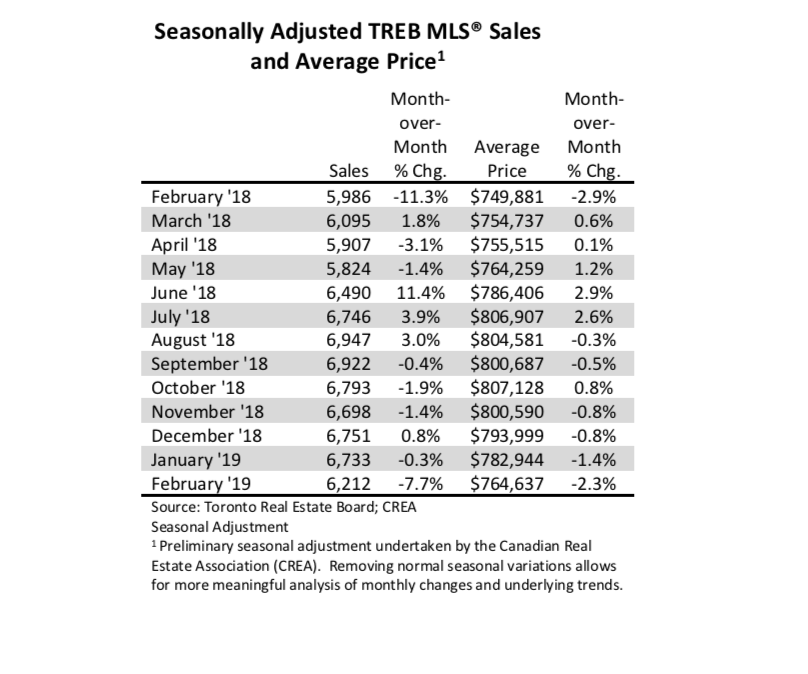 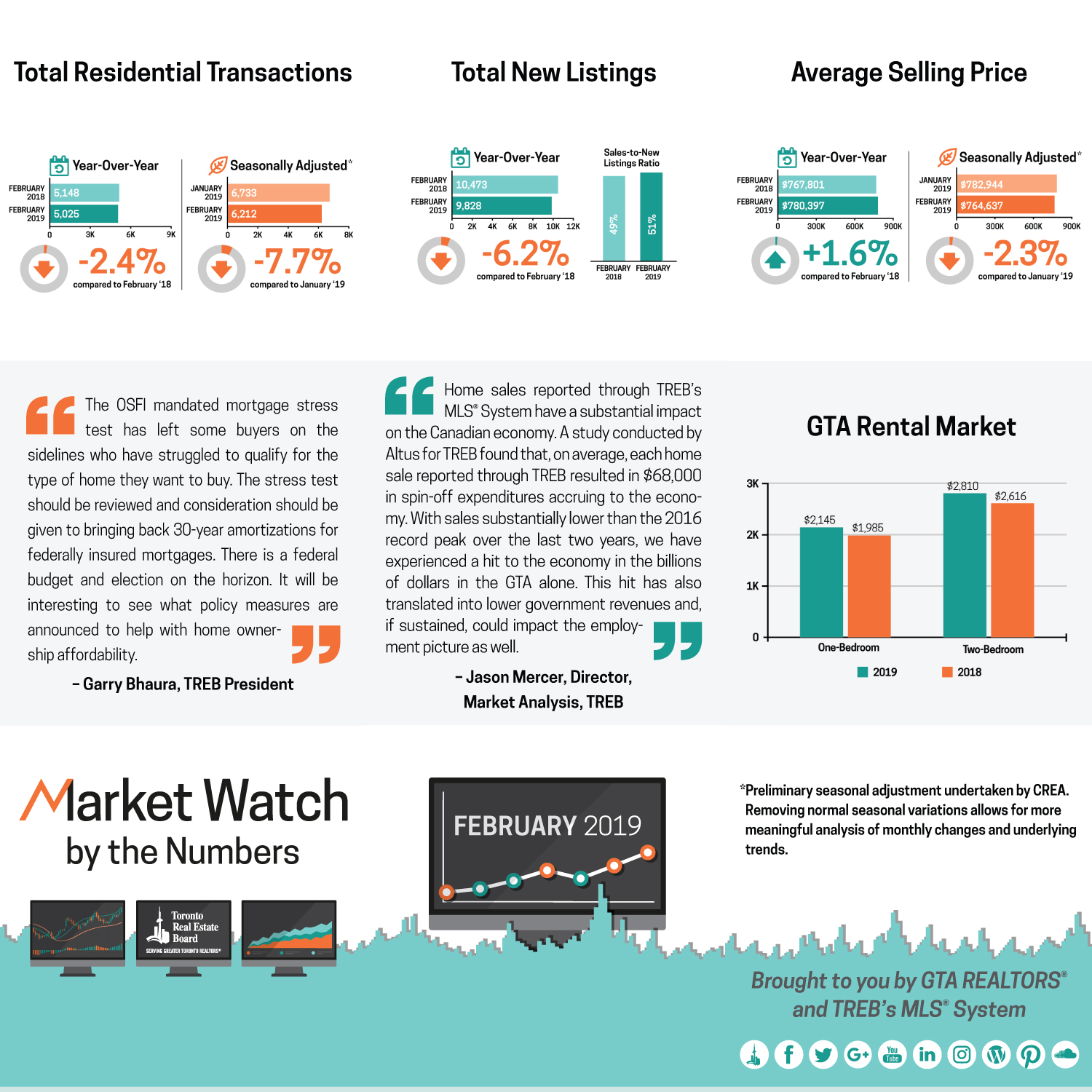