TORONTO, ONTARIO, January 4, 2019 – Toronto Real Estate Board President Garry Bhaura announced that Greater Toronto Area REALTORS® reported a total of 77,426 residential transactions through TREB’s MLS® System in 2018. This result represented a 16.1 per cent decline compared to 92,263 sales reported in 2017. Total new listings entered into TREB’s MLS® System were down by 12.7 per cent over the same period to 155,823.

The overall average selling price for 2018 transactions, at $787,300, was down by 4.3 per cent year-over-year for all home types combined across the TREB market area.

Home prices were up very slightly in the City of Toronto and down in the surrounding GTA regions. This dichotomy reflects the fact that the condominium apartment segment, which accounted for a large proportion of sales in the City of Toronto, performed better from a pricing perspective than the detached market segment. The average price for condominium apartment sales across the TREB market area was up by 7.8 per cent year-over-year.

“Higher borrowing costs coupled with the new mortgage stress test certainly prompted some households to temporarily move to the sidelines to reassess their housing options. With this said, it is important to note that market conditions were improved in the second half of the year, both from a sales and pricing standpoint,” said Garry Bhaura, TREB President.

“After spiking in 2017, new listings receded markedly in 2018. In many neighbourhoods, despite fewer sales from a historic perspective, some buyers still struggled to find a home meeting their needs. The result was a resumption of a moderate year-over-year pace of home price growth in the second half of the year. Price growth was strongest for less-expensive home types, as many home buyers sought more affordable home ownership options,” said Jason Mercer, TREB’s Director of Market Analysis and Service Channels.

On February 6, TREB will be releasing its fourth annual Market Year-in-Review and Outlook Report. The report will feature the latest results from the Ipsos surveys of existing home owners and intending home buyers. The surveys will cover off home buying intentions, impacts of recent government policy decisions, interesting information on investment property ownership, renovation spending and mortgage trends. The report will also contain information on the new home and commercial real estate markets. New research on mid-density housing by the Ryerson Centre for Urban Research and Land Development and a study on transit-supportive development by the Pembina Institute will also be presented. 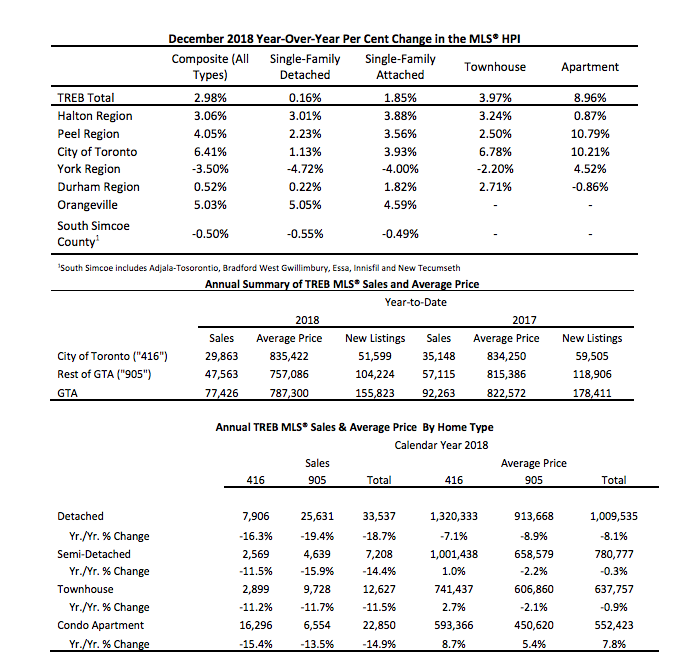 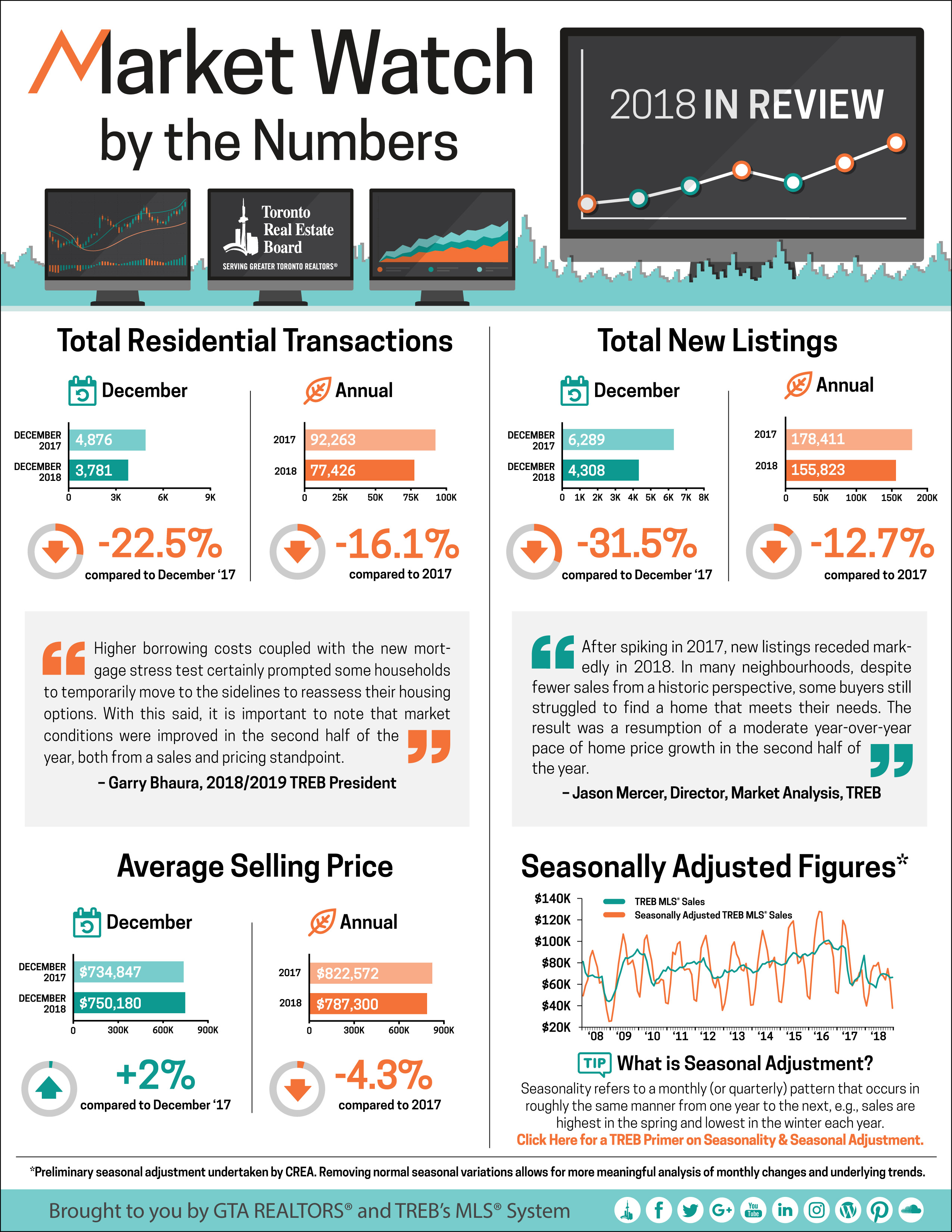