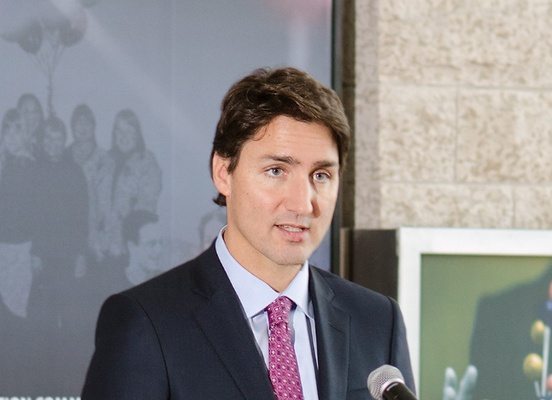 The majority win by Justin Trudeau’s federal Liberal Party in October 19th’s election pushes Trudeau’s campaign promises of an overhaul of Canada’s tax system and increased infrastructure spending to the forefront, according to a TD Economics note to investors released October 20.

The Liberals’ platform includes the reduction of the small business tax rate from 11% to 9%. The platform also includes the elimination of the Conservatives’ controversial income splitting program, and the Tax-Free Savings Account (TFSA) annual limit will revert back to $5,500 from $10,000.

Sherry Cooper, chief economist for Dominion Lending Centres, said the unexpected majority win will lead to a rebalancing of economic policy in Canada.

“Monetary policy will now take a backseat to fiscal stimulus, ending a decade of doggedly balanced budgets and ever-lower interest rates,” Cooper said. “While much is yet to be determined, the Liberals will increase government spending, particularly for public transit, social and green infrastructure, running budget deficits for the next three years of up to an estimated $10 billion per year.

“Boldly, the Trudeau Liberals have been willing to break the Conservative shibboleth of debt reduction. Even the NDP in this election supported a balanced budget.”

Trudeau’s Liberals had committed to additional infrastructure spending of $5 billion in each of the 2016-17 and 2017-18 fiscal years, “although exact details of projects and the timing of the spending are not yet available,” TD said in its note.

“It is difficult to assess exact impacts at this early stage, but should the Liberal infrastructure spending materialize, the program could boost annual growth in 2016 and 2017 by up to 0.1 and 0.3 percentage points respectively.”

Cooper said the Liberal landslide takes the pressure off the Bank of Canada in terms of lowering the overnight rate in its announcement October 21.

The Bank of Canada has been doing all the work when it comes to stimulating Canada’s sluggish economy, said Cooper. The Liberal’s promise to boost government spending takes some of the pressure off the Bank of Canada to further lower interest rates, which are already extremely low.

The Canadian dollar dropped on election day and throughout the night as results continued to come in, but the loonie rebounded to 77.14 cents U.S. as of press time, higher than yesterday’s close.

The Liberals’ infrastructure spending plan could also have an impact on mortgage rates, Cooper said, if the government issues more bonds to pay for the expenditure.

“Given that the BoC isn’t going to cut any further, and if anything the yield curve will steepen,” Cooper said, “five-to-10 year yields will actually edge upward as investors realize that the supply of Canadian bonds is going to increase, and that means that mortgage rates will be stable to moderately higher over the next year.”

That could lead to some moderate cooling of overheated real estate markets like Vancouver and Toronto, Cooper said.

But Cameron Muir, chief economist with the BC Real Estate Association, said he didn’t believe bond yields would have that great of an impact on mortgage rates.

“While there might be some marginal increase in bond yields that may or may not be translated into mortgage costs, that spread had been quite variable lately,” Muir said. “Its impact on the housing market would be negligible in my opinion.”