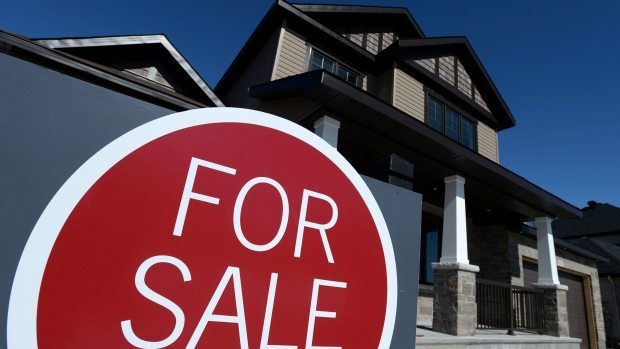 House prices in some Greater Toronto Area (GTA) suburbs have gone up more quickly than Toronto’s downtown core, according to a new report from Royal LePage.

The biggest jump in the last quarter was in Richmond Hill and Vaughan. In those suburbs, prices went up 18.6 and 18 per cent compared to 17.1 per cent in Toronto.

The median price of a two-storey home in Richmond Hill is now estimated to be about $963,500. In Vaughan, the same home would cost about $842,100. Toronto is still more expensive, though, with a two-storey house costing more than $961,600.

Royal LePage’s chief executive officer says the GTA upswing in prices can be attributed to high prices in the city.

“As homes in legacy central Toronto neighbourhoods move increasingly out of reach, we are observing that the more affordable areas in southern Ontario, including the GTA suburbs, are experiencing substantial price appreciation and heightened sales activity levels,” said Royal LePage CEO Phil Soper.

Those climbing prices remain firmly above the national averages. According to the report, the price of a two-storey home in Canada is about $616,300. That number is based on house values in 53 of Canada’s largest real estate markets.

He expressed concern about affordability in Toronto and Vancouver areas because of escalating prices.

“National home price increases are largely being driven by continued double-digit percentage increases in the Greater Toronto Area and Greater Vancouver, where housing affordability is already becoming a growing challenge for many individuals and families,” Soper added.

House prices in Greater Vancouver have raced ahead at 12.9 per cent this year, with some suburbs, such as Richmond and Burnaby seeing greater price hikes than the Vancouver city core.

Royal LePage’s report is based on their national house price composite, which is produced quarterly using the company’s data, along with data and analytics from its sister company, Brookfield RPS.