Greater Toronto Area REALTORS® reported 7,492 sales through TREB’s MLS® System in October 2018 – a six per cent increase compared to October 2017. On a preliminary seasonally adjusted basis, sales were down by one per cent compared to September 2018.

The averae sale price for October 2018 was up 3.5 per cent on a year-over-year basis to $807,340. After preliminary seasonal adjustment, the average selling price was up one per cent compared to September 2018. The MLS® Home Price Index (HPI) Composite Benchmark was up by 2.6 per cent compared to October 2017. Price growth continued to be driven be the condominium apartment and higher density low-rise market segments.

“Annual sales growth has been positive since the late spring. While the OSFI stress test and higher borrowing costs have kept sales below 2016’s record pace, many households in the Greater Toronto Area remain upbeat on home ownership as a quality long-term investment. A strong regional economy and steady population growth will continue to support the demand for housing ownership as we move into 2019,” said Mr. Bhaura.

There were 14,431 new Listings entered into TREB’s MLS® System in October 2018 – down 2.7 per cent compared to October 2017. The fact that sales were up and new listings were down year-over-year in October suggests that market conditions became tighter.

“Annual sales growth has outstripped annual growth in new listings for the last five months, underpinning the fact that listings supply remains an issue in the Greater Toronto Area. With municipal elections in the rear view mirror, all levels of government need to concentrate on policies that could remove impediments to a better-supplied housing market, including facilitating the development of a broader array of medium density housing choices,” said Jason Mercer, TREB’s Director of Market Analysis.

“TREB remains committed to high quality housing research. We will be releasing our fourth annual Market Year in Review and Outlook Report at the beginning of February 2019. The report will include updated consumer survey results, including home buying intentions for 2019, and exciting new research related to housing supply,” added Mr. Bhaura. 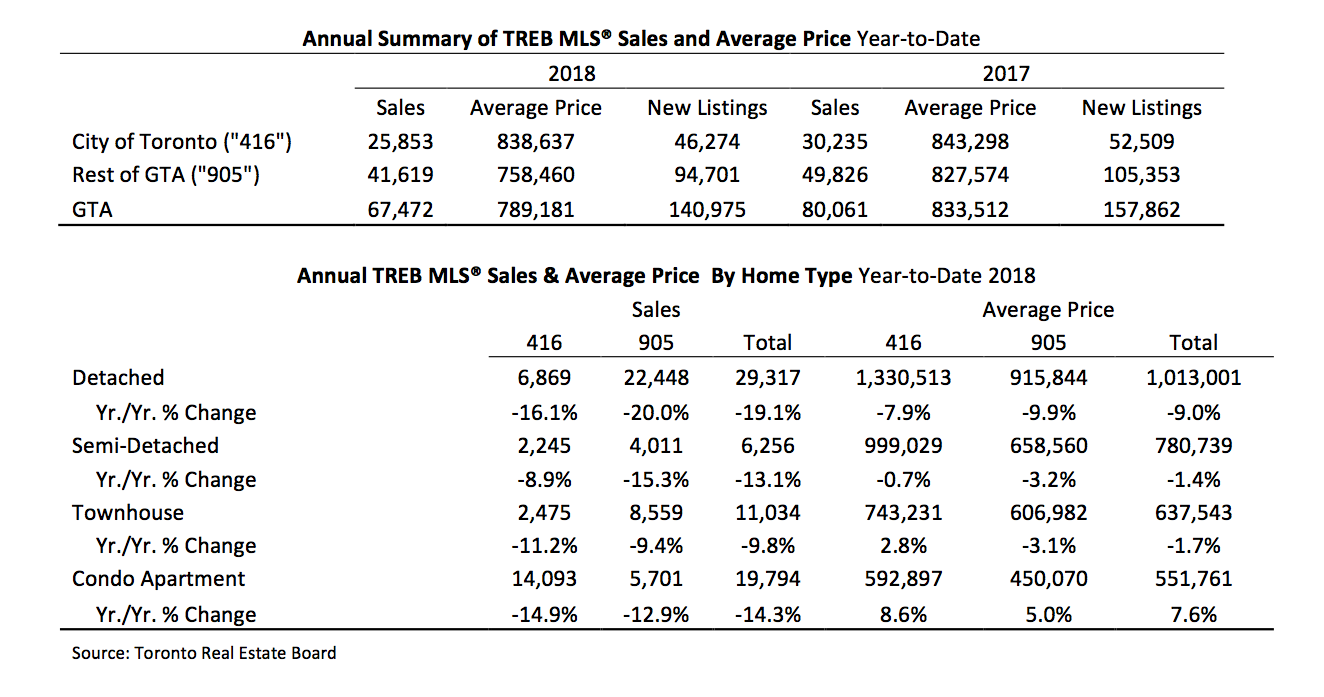 A TREB Primer on Seasonality and Seasonal Adjustment: click here 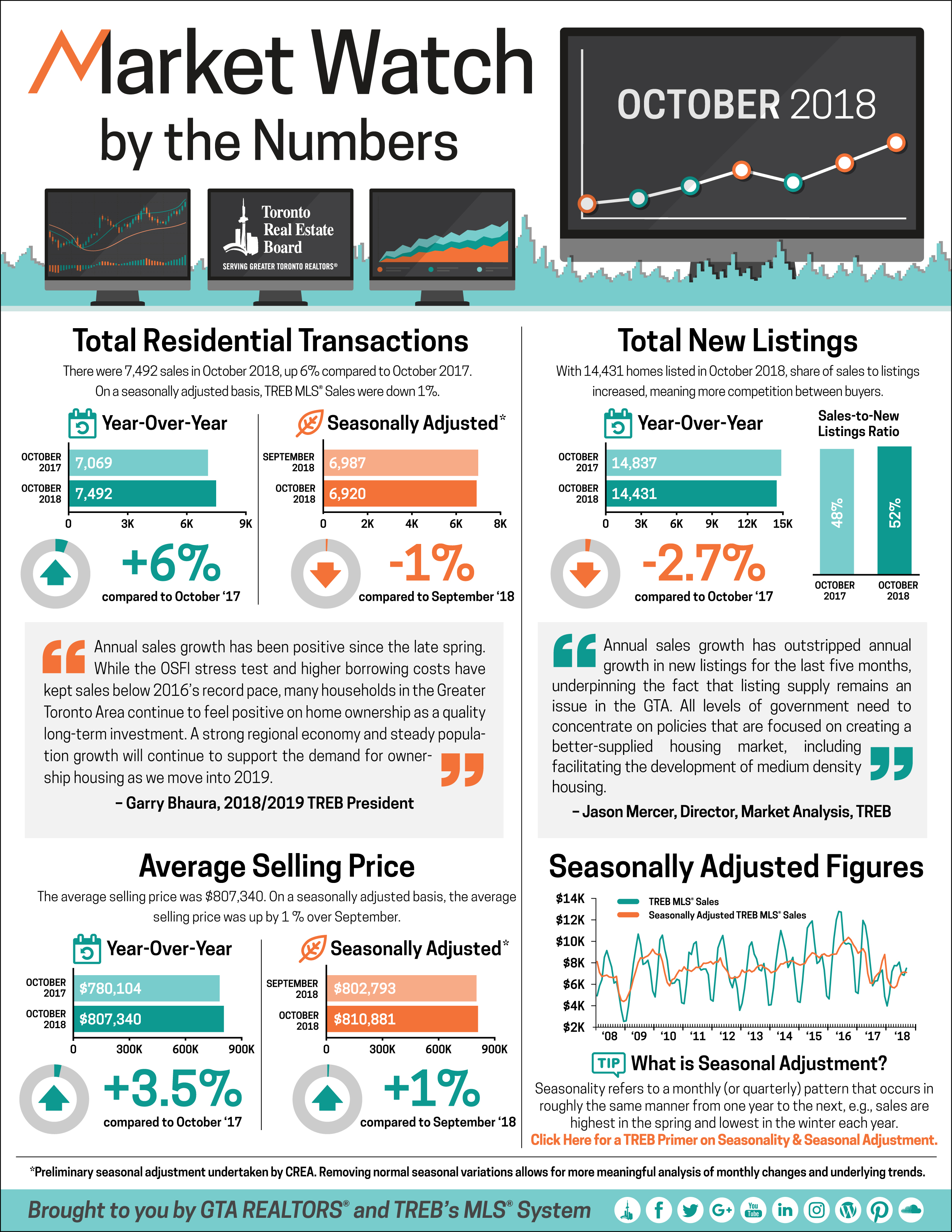