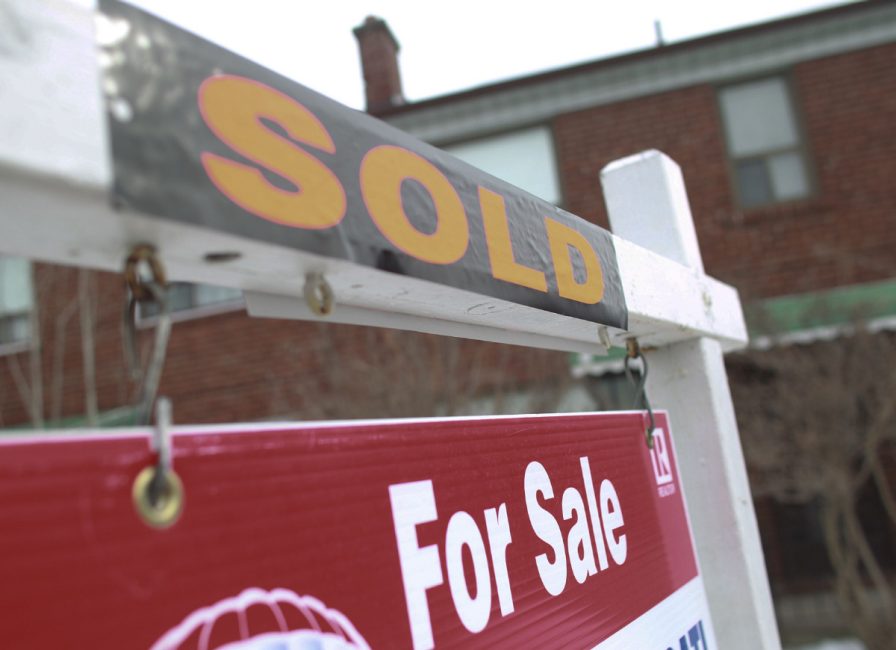 The average sale price of a detached house in the City of Toronto remained firmly above $1 million in August, at $1.017 million, up 12.9 per cent year over year, despite an 8.5 per cent decrease in sales.  (RENE JOHNSTON / TORONTO STAR FILE PHOTO)
By SUSAN PIGGBusiness Reporter

The average sale price of homes across the GTA was up 10 per cent in August to $602,607 and sales climbed 5.7 per cent as Toronto’s hot real estate market continued to show no signs of cooling down.

Leading the way, once again, were condo sales which were up almost 14 per cent as more people searched for alternatives to low-rise detached, semi-detached and townhomes, which continue to climb out of reach.

The average sale price of a detached house in the City of Toronto remained firmly above $1 million, at $1.017 million, up 12.9 per cent year over year, despite an 8.5 per cent decrease in sales. That is like more a reflection of lack of supply. 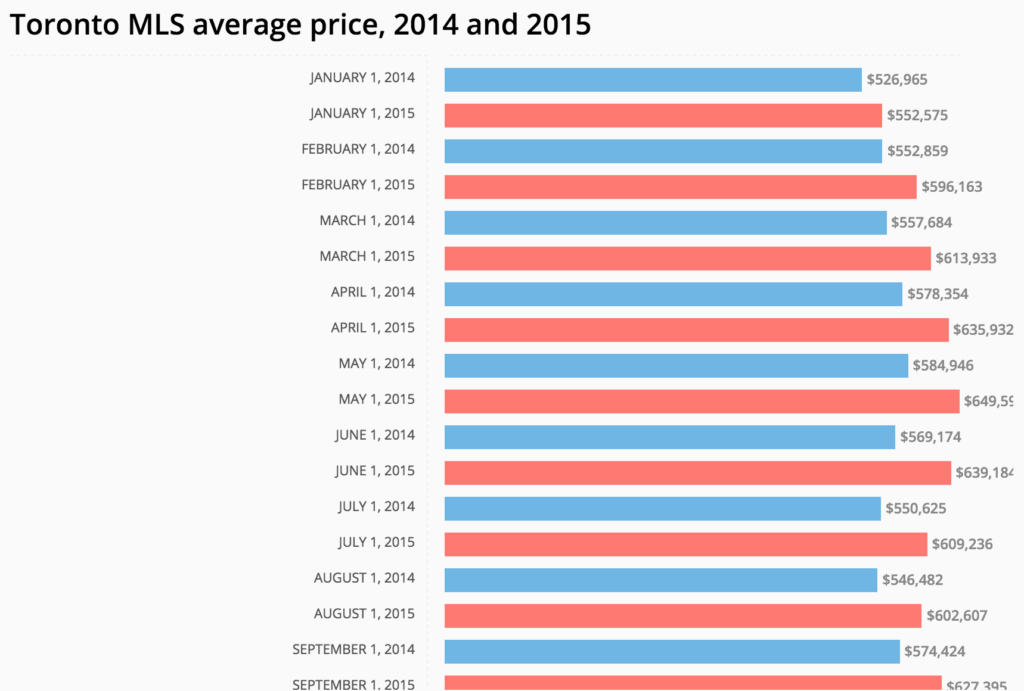 The one encouraging note in the numbers was the increase in new listings, although even that proved to offer little relief for buyers looking to find a home with a patch of grass rather than a glass balcony.

While new listings were up 8.3 per cent in August, the total number of homes available for sale, known in the industry as active listings, were actually down 10.5 per cent. That’s because the number of buyers continues to far outstrip the number of properties for sale, with the frenzy fuelled by interest rates that are now expected to stay low for some time given Canada’s sluggish economy, the impact of low oil prices and the continuing chaos playing out on world stock markets.

“A record year for home sales continued to unfold in August as competition between buyers exerted upward pressure on selling prices,” said Jason Mercer, TREB’s director of market analysis in a statement.

“It was encouraging to see annual growth in new listings outstrip annual growth in sales, but we will need to see this for a number of months before market conditions become more balanced.”

A total of 7,998 homes changed hands in August, up from 7,568 a year ago. Toronto remains on track for sales this year to exceed the previous record of 93,193 homes set back in 2007 before the recession took hold.